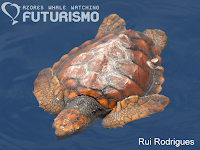 Loggerhead turtles are distributed throughout tropical to subtropical waters of the Atlantic, Pacific and Indian oceans. They inhabit open water, but can also be found in coastal areas, including bays and rivers. They are solitary, navigating ocean currents at an average depth of 10 m. Loggerhead turtles are the most common species of sea turtle in the Azores. In this area we mostly encounter young individuals that have drifted here on the gulf stream and will return to their nesting grounds on the west side of the Atlantic when they become 10-12 years old. They hibernate in deep water and can stay submerged for weeks without surfacing. The loggerhead turtles found in the Atlantic and Mediterranean breed in open water from May until September. Every second to third year females come ashore to lay their eggs in 50 cm deep holes which they dig out (the sex of the offspring depends on the  temperature surrounding the egg). Sometimes a small crab Planes minutus inhabit the cavity of the plastron. 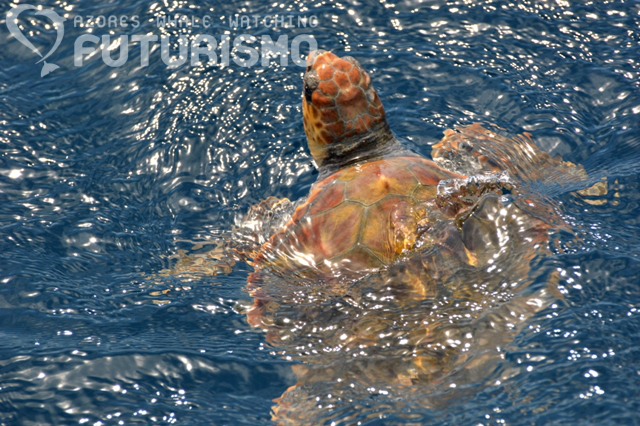 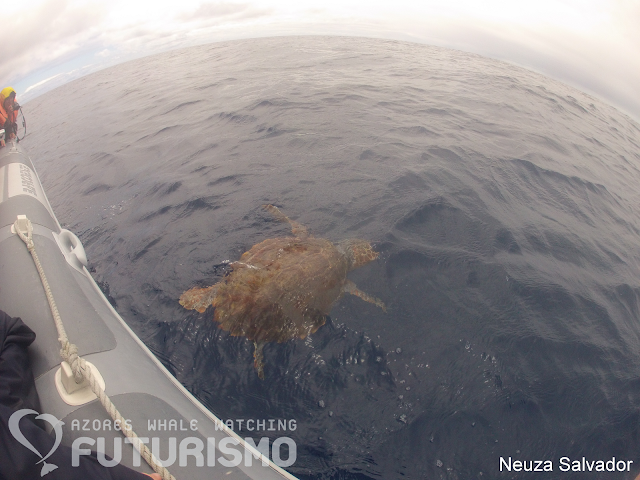