The bluefin tuna is one of the most well adapted species of tuna in the world, and also the most appreciated by mankind. It's the largest species of tuna and can dive to about 914 m deep. It is estimated that bluefin tuna can reach speeds up to 50 km/h. This species is highly migratory and is homeothermic, meaning that it's capable of regulating its body temperature relative to its enviroment. Bluefin tuna can be seen in more northern latitudes than any other tuna species. During the reproductive period individuals group up in large schools, making them more vulnerable to overfishing. In the Azores, bluefin tuna occur year-round, but are more common from the end of March to the end of April, and occasionally from the end of September to the end of October. The individuals that occur in the Azores reproduce in the Mediterranean.

Reproduction: Oviparous with external fertilization (Spawning: more than 90 eggs per gram of body weight (more than others in the genus Thunnus)

Conservation Status: Endangered and declining (during the last 40 years populations have decline about 29 – 51% globally). In the Azores there is a minumum catch size of 75 cm or 8 kg and a closed season is in force between 15th of October and 15th of June


In other languages (yellowfin | bluefin | bigeye): 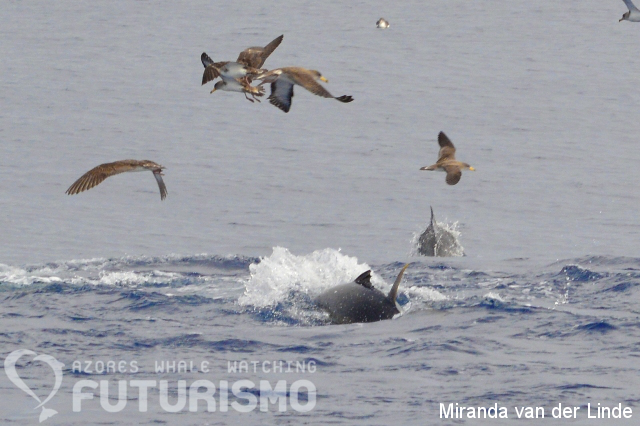 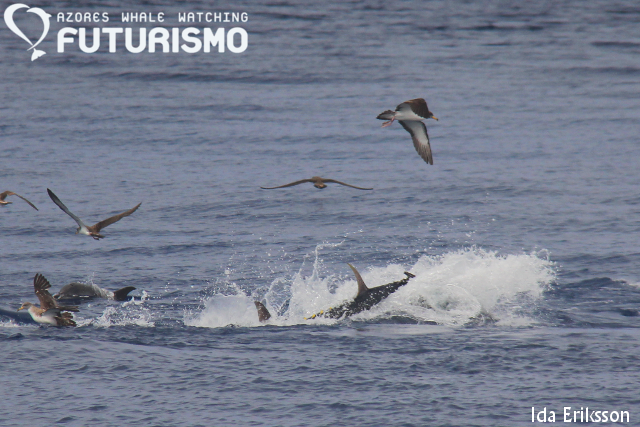 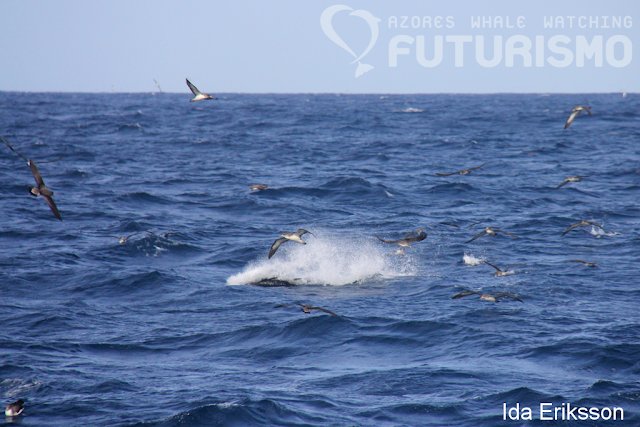