The Cory´s shearwater is one of the most abundant seabirds in the Azores. About the 75% of world’s population nests here, with the remainder nesting in Madeira, the Canaries and Berlengas. They are well adapted to life at sea, coming to land only during reproduction (at night). Their flight is characterised by few movements of the wings as they glide over the waves. On land they are quite clumsy. Individuals will often return to the same nest in which they were born and pair for life. The male and female take turns incubating the egg for shifts of  2 to 8 days. The juveniles fledge between late October and early November, when they are abandoned by their parents. Juvenile mortality is high. It is estimated that 1/10 will live to reproduce. Individuals gather in big groups, making transequatorial migrations to Brazil, Uruguay and South Africa. At sea it is common to observe large groups feeding  in association with other marine predators such as tuna and dolphins that drive potential prey to the surface. This species is classified as "common breeding" in the Azores.

Reproductive cycle: End of February to end of October

Nesting sites: Natural cavities and crevices in the rock, rabbit burrows in the ground or they dig their own hole 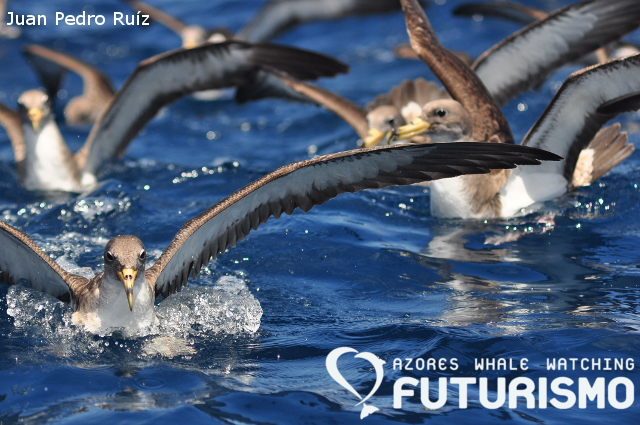 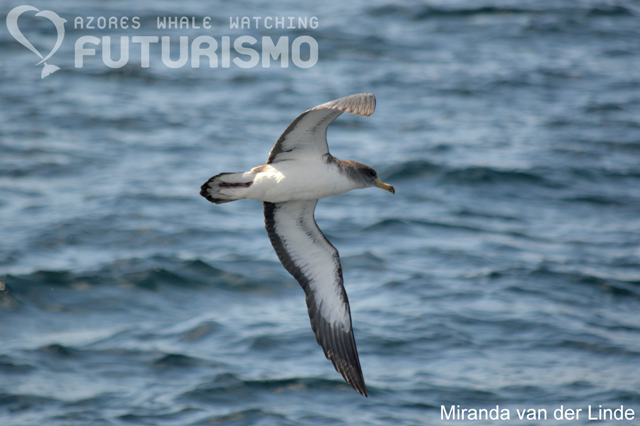 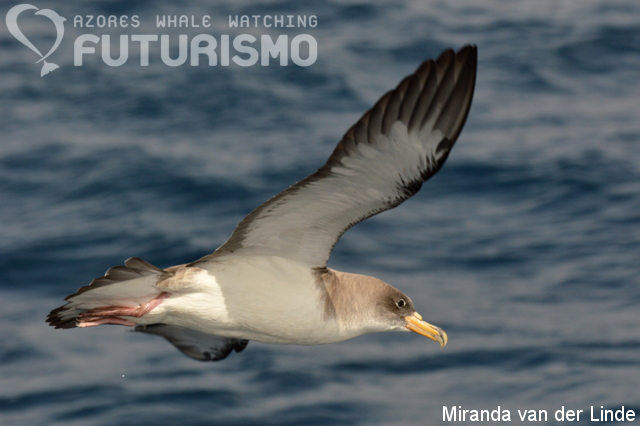 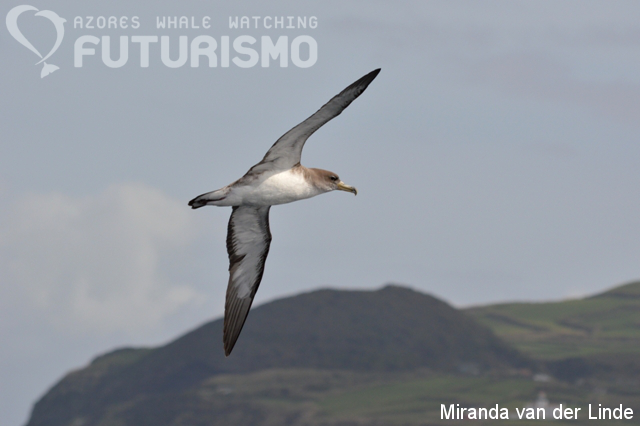 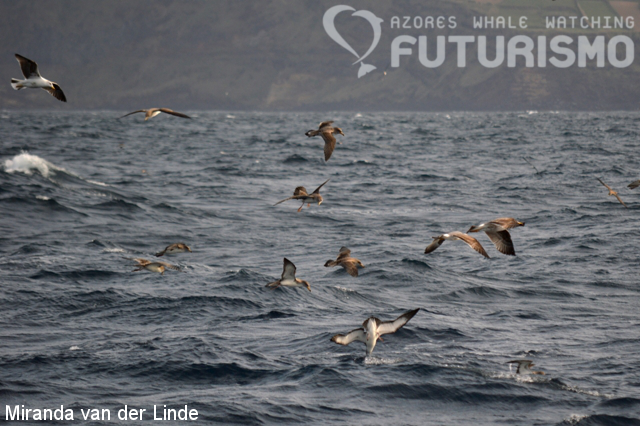 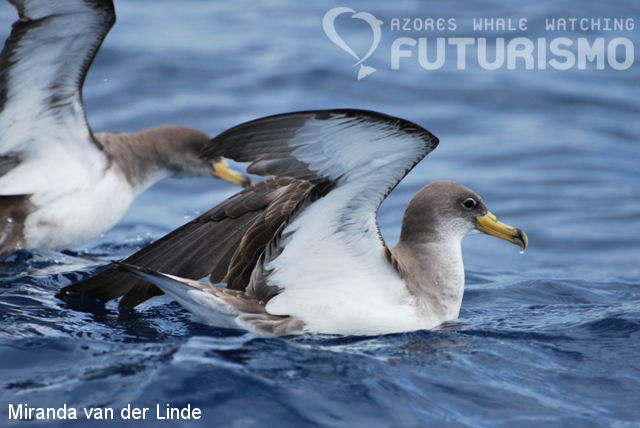 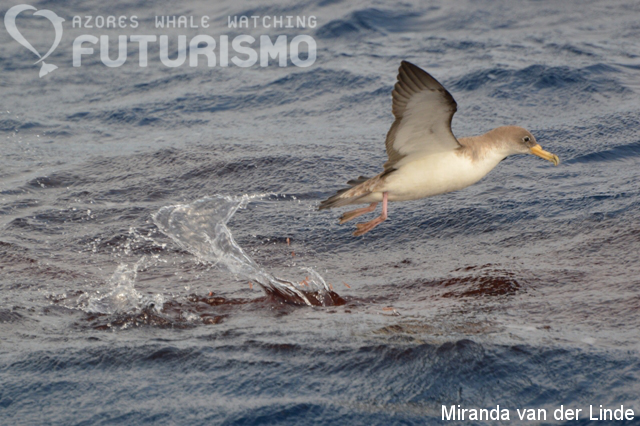 Cory's shearwater taking off from a red krill patch 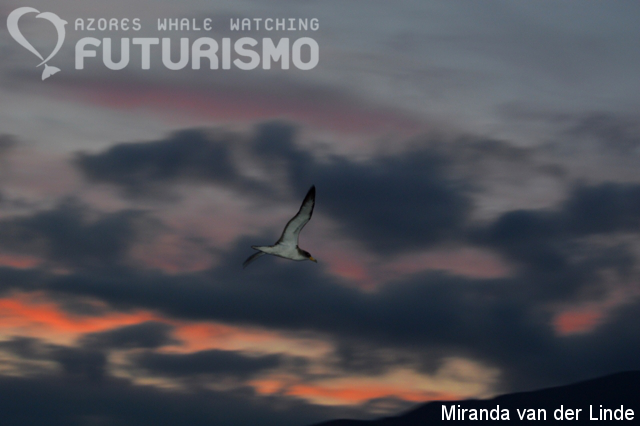 Cory's shearwater returning to its nest on land after a day feeding on the ocean
Published by: Futurismo biologists