The mauve stinger can be find widely distributed throughout the world's warm and temperate oceans. Their colour varies, ranging from pink to shades of golden yellow to tan. Most jellyfish have a complex life cycle that alternates between a free swimming (medusa) and bottom-living (polyp) phase. However, the mause stinger has adapted so there is only a free swimming medusa stage wich is either male or female. Male and female jellyfish reproduce sexually by releasing eggs and sperm, which devolop directly into young (male or female) jellyfish. They are usually found in the upper 150 m of the water column, but may be found as deep as 1,400 m. At night they may be seen to bioluminesce. In the Azores these jellyfish occur frequently during the summer months, both isolated and in loose or dense blooms. Mauve stingers can deliver a painful sting to humans.

Diet: Pelagic ascidians, zooplankton such as salps and other smaller jellyfish 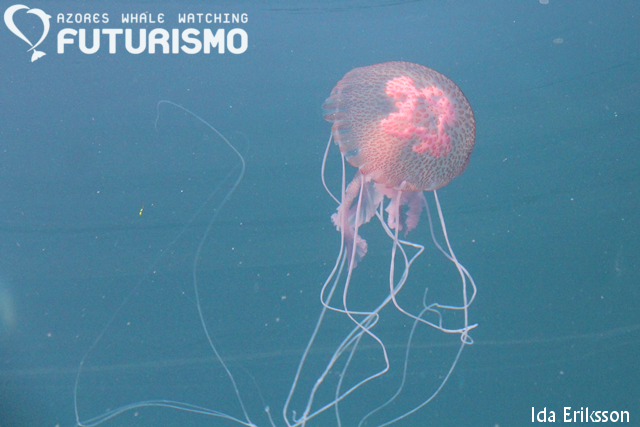 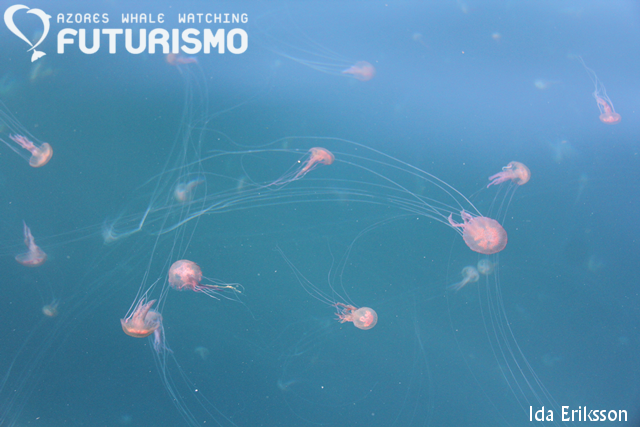 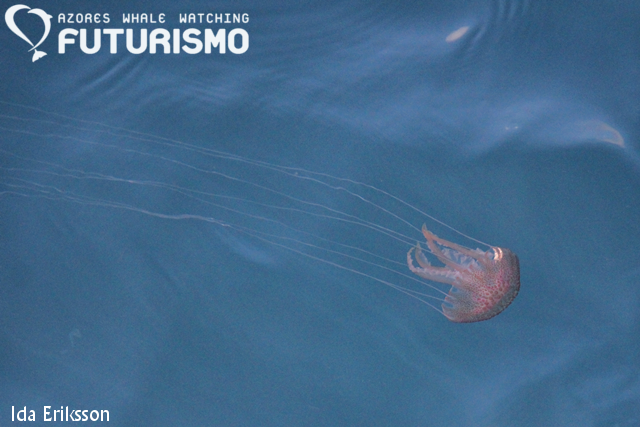