Minke whales are the smallest and most abundant of the rorquals. They are divided into two distinct species: common minke whales (B. acutorostrata) and Antarctic minke whales (B. bonaerensis). Minke whales in the northern hemisphere can be distinguished by a white band which is present on both pectoral fins. Individuals are mostly encountered alone or in small groups. On the surface they can travel relatively fast and when the submerge they stay under for up to 20 minutes. Sometimes they can be seen breaching and they may approach boats and swimmers.

Like the other baleen whale species, minke whales are observed in the Azores mainly during the spring months, although they are not encountered as frequently.
The best time to see minke whales should be spring time, like other migratory baleen whales, but our statistics show that they can be seen other times of the year too. The chance of seeing a minke whale in Azorean waters in always small. They are difficult to spot both from land by our lookouts and from the boats because of their small body size and low blow. Another reason to why we might see so few is that during whale watching tours we focus on the big ones like blue whales, fin whales, sei whales and sperm whales. 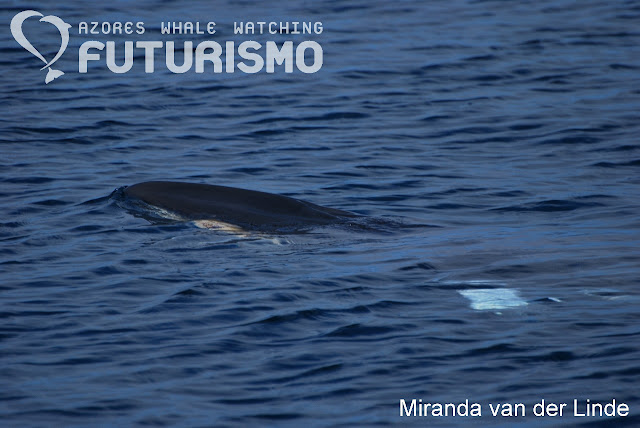 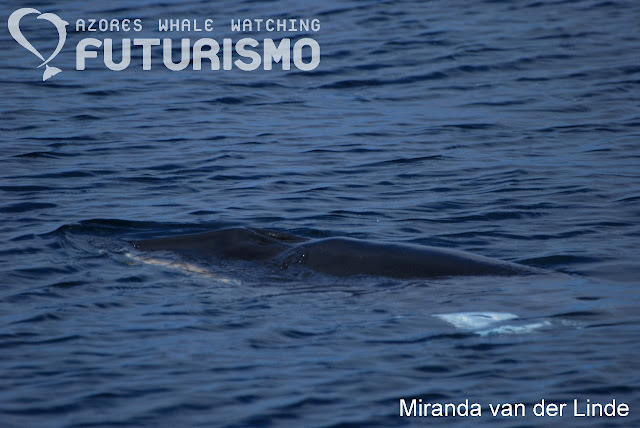 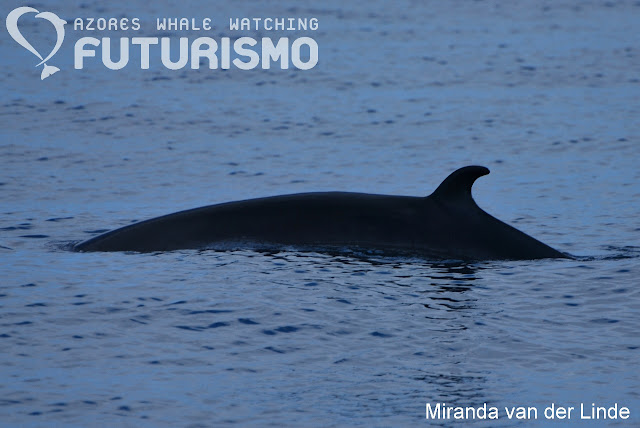