The yellowfin tuna can be identified at the surface by the brilliant yellow colour of the second dorsal fin, which is more elongated than in other tuna species. Yellowfin tuna are migratory and pelagic and can be found in water with depths of up to 800 m (although they pass the majority of their time in the upper 100 m of the water column). They may approach coastlines, but they are most often seen in open ocean and in the vicinity of seamounts. They are distributed throughout subtropical and tropical waters of the world, except in the Mediterranean. The time of spawning peaks during the summer months, with a single female releasing millions of eggs at a time (almost exclusively at night). This species is well known to gather with groups of dolphins during feeding frenzies. In the Azores, yellowfin tuna are normally seen between April and October. The local minimum catch limit is 3.2 kg.

Conservation Status: Near Threatened (subject to overfishing in many areas). It is estimated stocks have been reduced to 33% in 10 years (1998 – 2008) 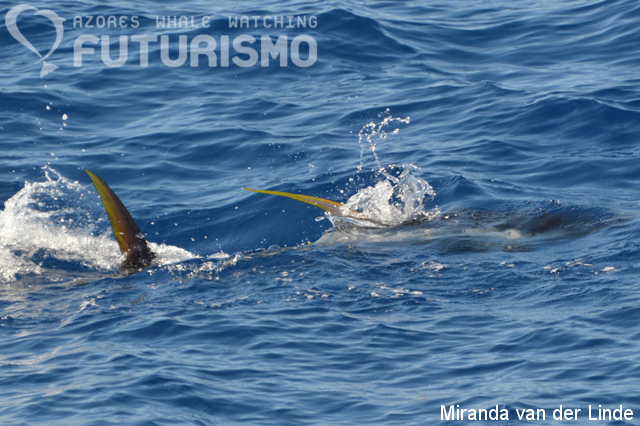 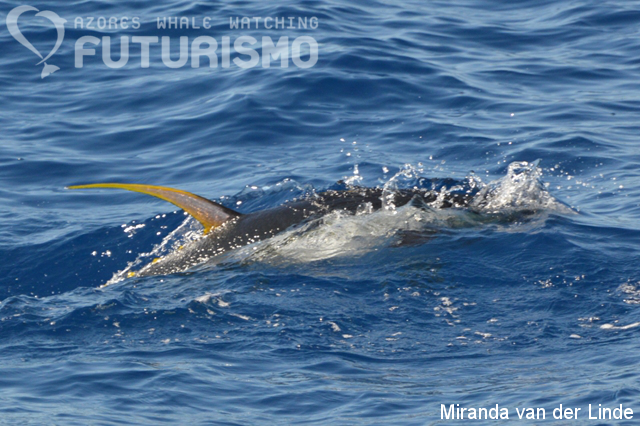 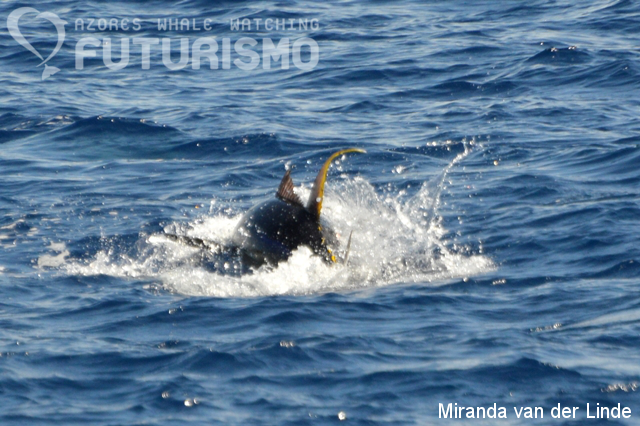