A tale of a whale

After being on land for nine days the stormy weather finally passed and we had on our first tour of April. We left the marina in the morning and headed west towards Vila Franca Islet, where we were greeted by a small pod of bottlenose dolphins, consisting of several adults and juveniles.

Heading further out to sea, we continued our search for 'something bigger'. Now in the prime season of baleen whales we were confident we could sight one of the 3 biggest species (the blue whale, fin whale and sei whale respectively). We arrived to the area where our lookout had seen the blow of a whale, but as we got further out the sea conditions deteriorated and the sky began to cloud over. The whale's behaviour also made our task even harder. The particular whale we were hoping to encounter was diving frequently and seemed to be displaying feeding behaviour. We searched the area for 30 minutes but to no avail. With time not on our side we had to leave the whale zone and travel closer to the coastline. Our lookout found a small group of common dolphins close to Villa Franca Islet, so we observed the dolphins playing in the front of our boat (we call this behaviour bowriding).

We also sighted various seabirds during the morning, including several common terns and Cory's shearwaters (migratory birds that visit the Azores from spring until late summer). As an added bonus we also saw a grey heron as we were making our way back to Ponta Delgada. 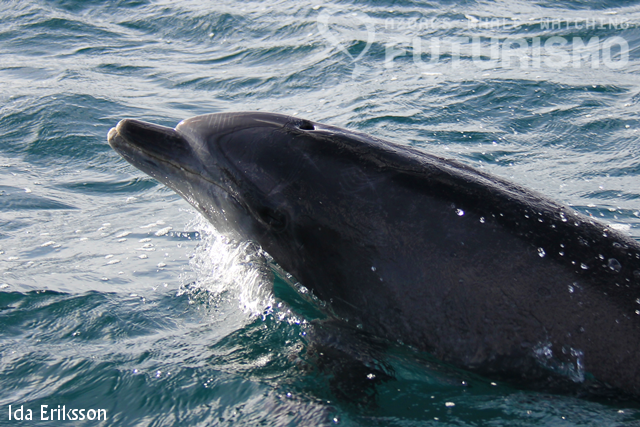 Bottlenose dolphin right next to our boat 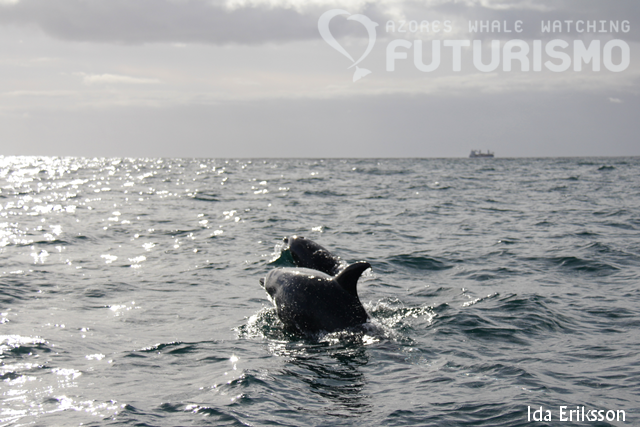 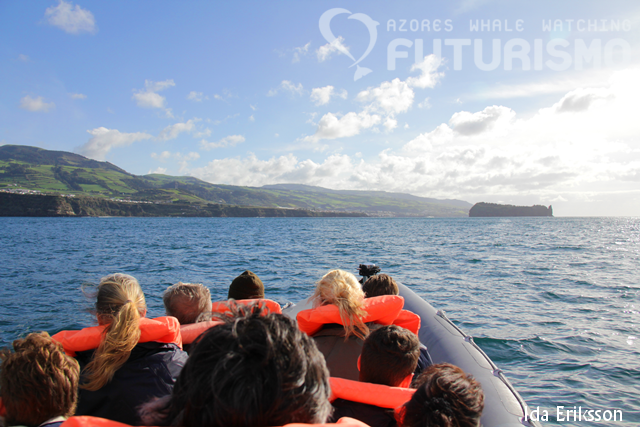 Aboard our zodiac Alfredo baleeiro today 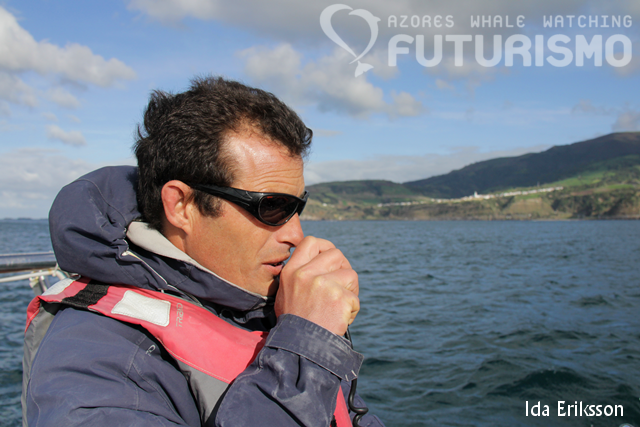 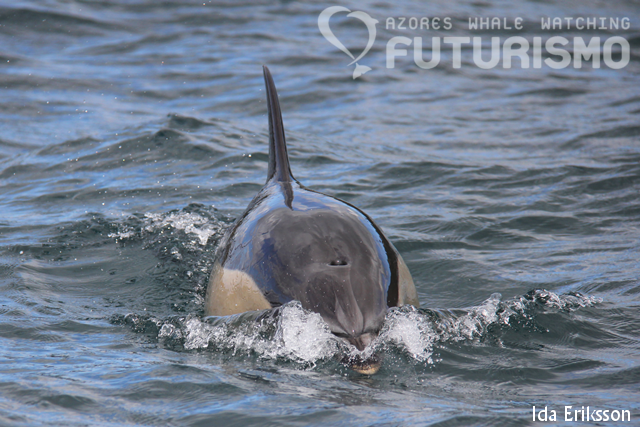 A common dolphin approaching us 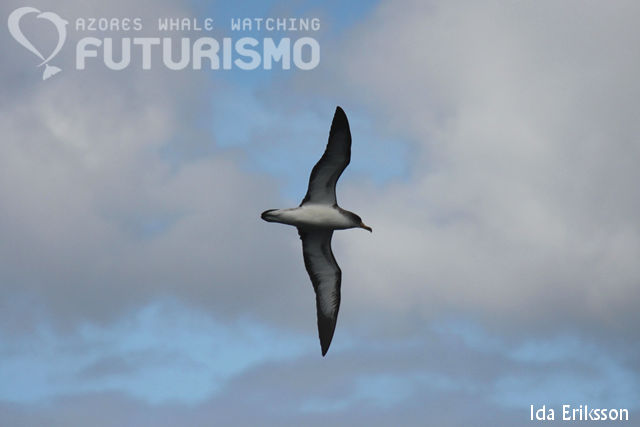 A Cory's shearwater high above us