Today we had both morning and afternoon tours, each of which couldn't have been more different. This morning the sky was grey and gloomy with the occasional shower, but the sea was perfect with very few waves. As the spring is the best time to view migratory whales, for example the blue whale, fin whale and sei whale, we knew we had a great chance of a sighting. We had several encounters with blue and fin whales, the largest and second largest animals on earth! We arrived at an area where our lookout had seen a blow and to our delight it belonged to a blue whale. Migrating from warmer waters in the south and travelling north to the polar seas around Greenland, Norway and Iceland, these whales pass by the Azores during their northern migration. We then spotted another blow, this time from a fin whale, another migrant, also travelling to polar seas. It is not uncommon to sea both species interacting with one another during their migration. It has also been documented that these two species reproduce together and form hybrids. To end the morning tour we sighted a group of bottlenose dolphins, one of our resident species, interacting with a fishing boat, probably feeding. Then the unexpected happened; a fin whale surfaced within the pod of bottlenose dolphins, giving us a fantastic surprise and leaving clients speechless.

In the afternoon the sun came out the cloud cleared and we witnessed very interesting behaviour from a group of four fin whales, surfacing in sync, turning over showing us their flukes (the tail) and white belly. We also sighted another group of bottlenose dolphins, this pod had some very interesting members. (for example one has a broken lower jaw - see photo below) others had distinct scratches and markings. The pod contained approximately 50 individuals bowriding in front of us. We also sighted a large pod of common dolphins that was particularly large for the spring time, normally these pods are more dispersed and in the summer contain more animals. There were also many calves in this pod.


Video of the common dolphins from the afternoon 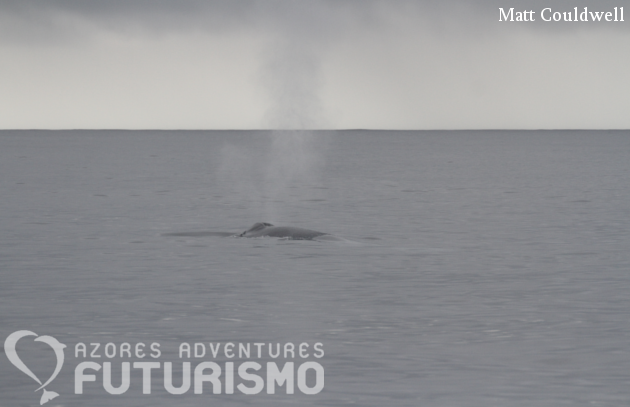 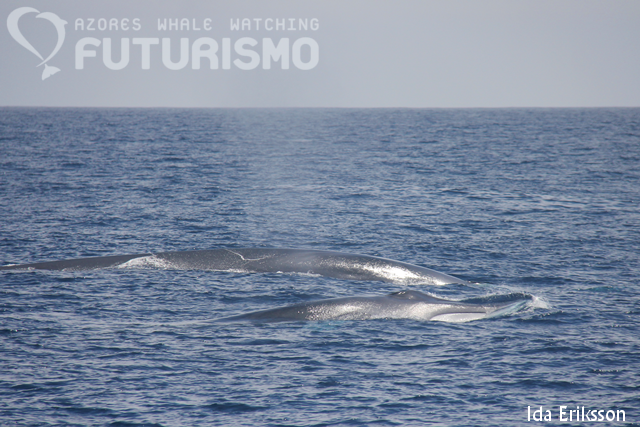 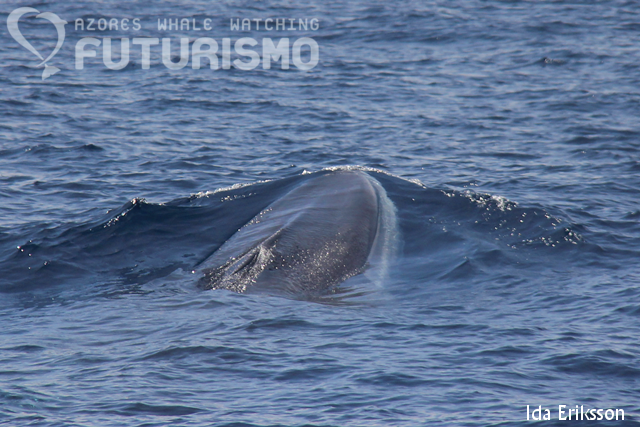 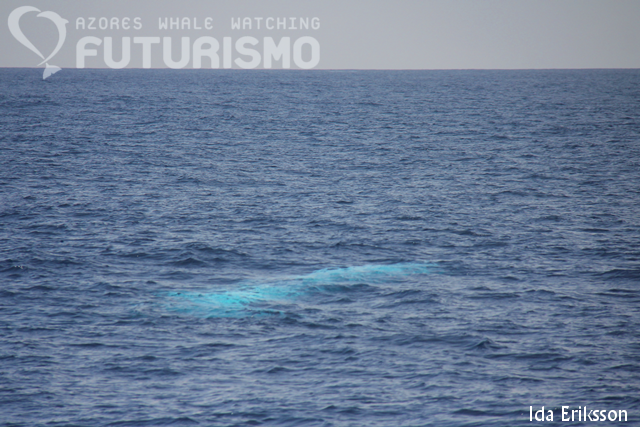 A fin whale with its white belly up 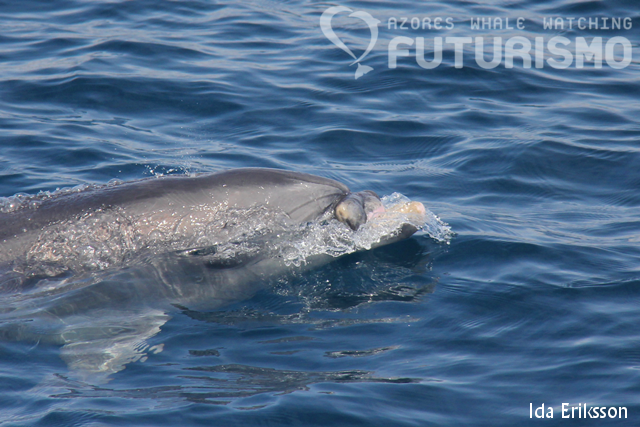 Our well known bottlenose dolphin with a broken top jaw 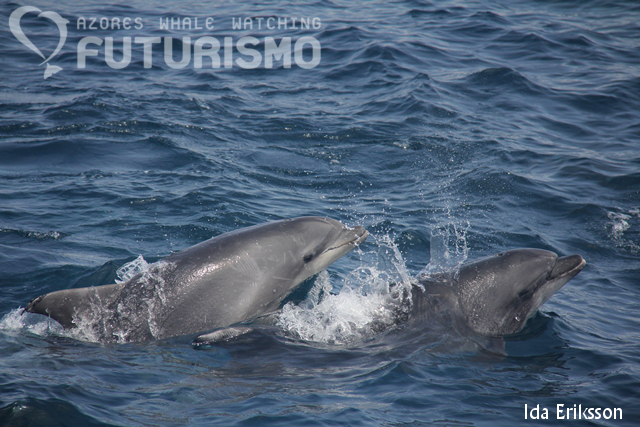 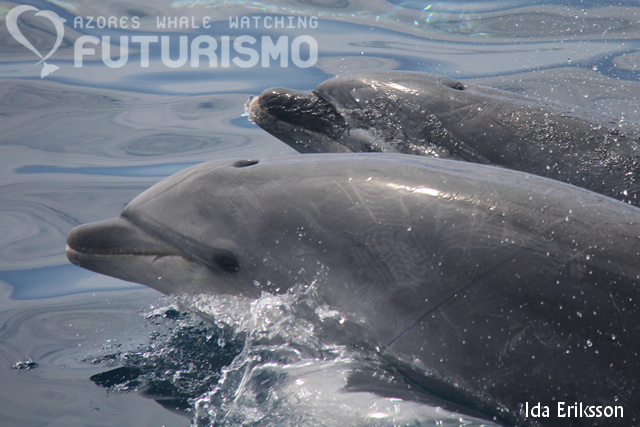 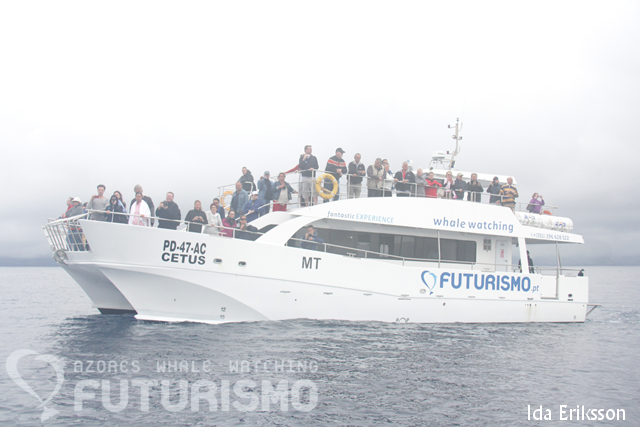 Our catamaran Cetus from in the morning mist